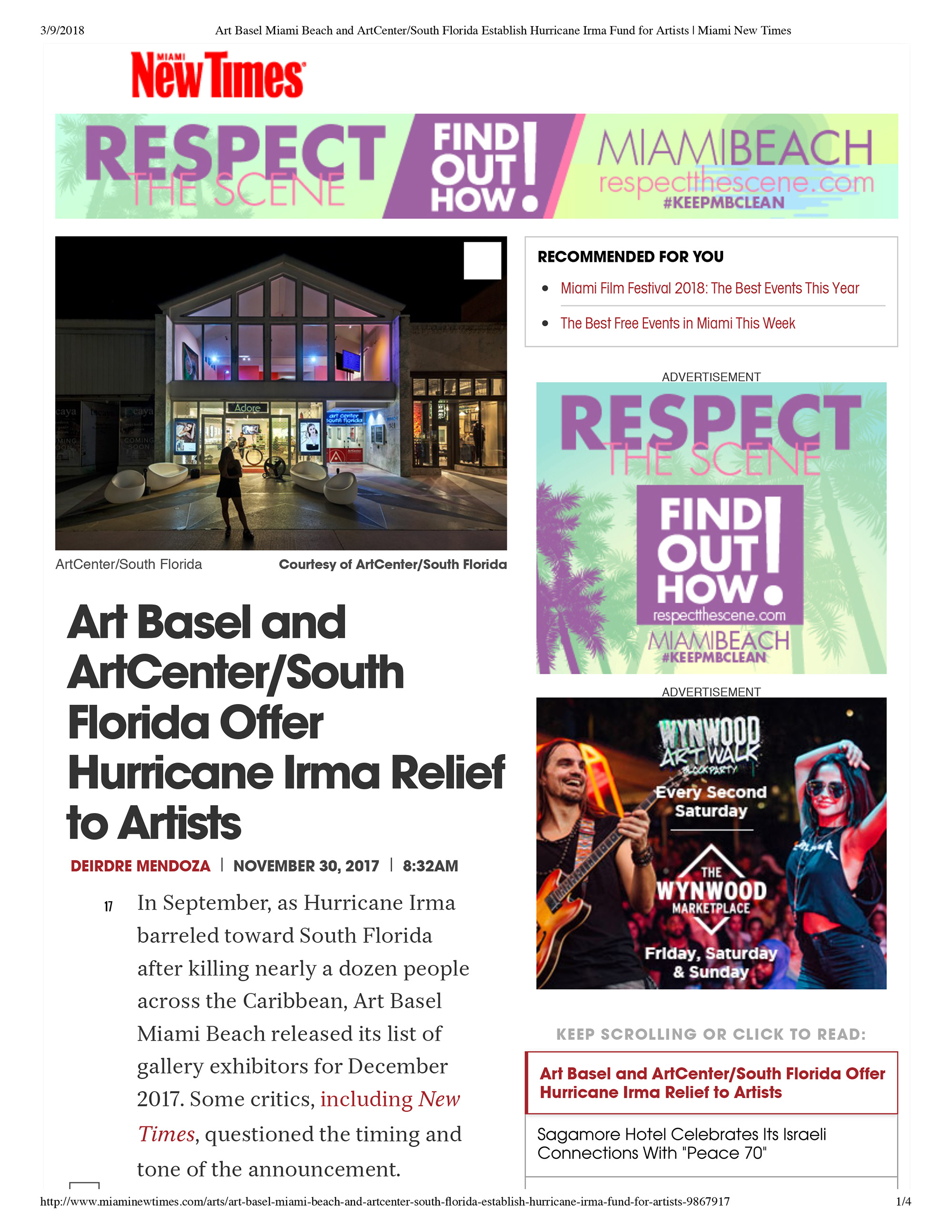 In September, as Hurricane Irma barreled toward South Florida after killing nearly a dozen people across the Caribbean, Art Basel Miami Beach released its list of gallery exhibitors for December 2017. Some critics, including New Times, questioned the timing and tone of the announcement.

Now the fair and one prominent Miami arts organization are offering support to local artists who were affected by the storm.

Miami’s Oolite Arts is matching funds given this fall by Art Basel and its parent company, MCH. Local artists can now apply for up to $500 from the South Florida Visual Artists Irma Relief Fund, which covers damage to workspaces, artworks, and materials, as well as lost income.

“Miami Beach has been a fantastic and gracious host to Art Basel for over 15 years now,” says Noah Horowitz, Art Basel’s director of the Americas. “We hope this funding proves a valuable resource for artists in the community who were directly impacted by Hurricane Irma in September.”

ArtCenter CEO Dennis Scholl notes that the effects of Irma “continued to ripple throughout our community and didn’t stop a few weeks after the storm.”

That’s especially true, he adds, for artists working in the gig economy and whose “income streams were disrupted by the… work stoppage.” Scholl says matching Art Basel’s contribution to the fund was a way to offer help in a time of need.