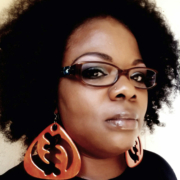 Chire Regans, also known as VantaBlack, was born in Saint Louis, Missouri and relocated to Miami with her family in the late 1980s. Her passion for art began soon after. After graduating from Florida A&M University, Regans began to focus primarily on drawing from life and portraiture. As societal issues began to weigh heavily on her conscience, a message took shape behind the imagery. The emergence of the Black Lives Matter movement pushed her art in the direction of social awareness and change. Regans has dedicated both her artistic practice and her life to community advocacy and activism.

In 2016, a number of young people became victims of an ongoing epidemic of gun violence in Miami-Dade County. Driven by the need to bring awareness to this epidemic, Regans began a series of memorial portraits of victims of violence here and beyond. This series, which Regans categorizes as Social Commentary Art, began with five portraits and now includes over 200 portraits of victims and their stories.

Regans serves on the Miami-Dade Community Relations Board’s Criminal Justice and Law Enforcement Committee and works as a teaching artist at PAMM. She is a proud mother, visual artist, truth-teller, and community advocate.

About The Ellies Social Justice Award
Created by Oolite Arts to honor visual artists who have made a commitment to working for equality in their daily lives and artistic practice.