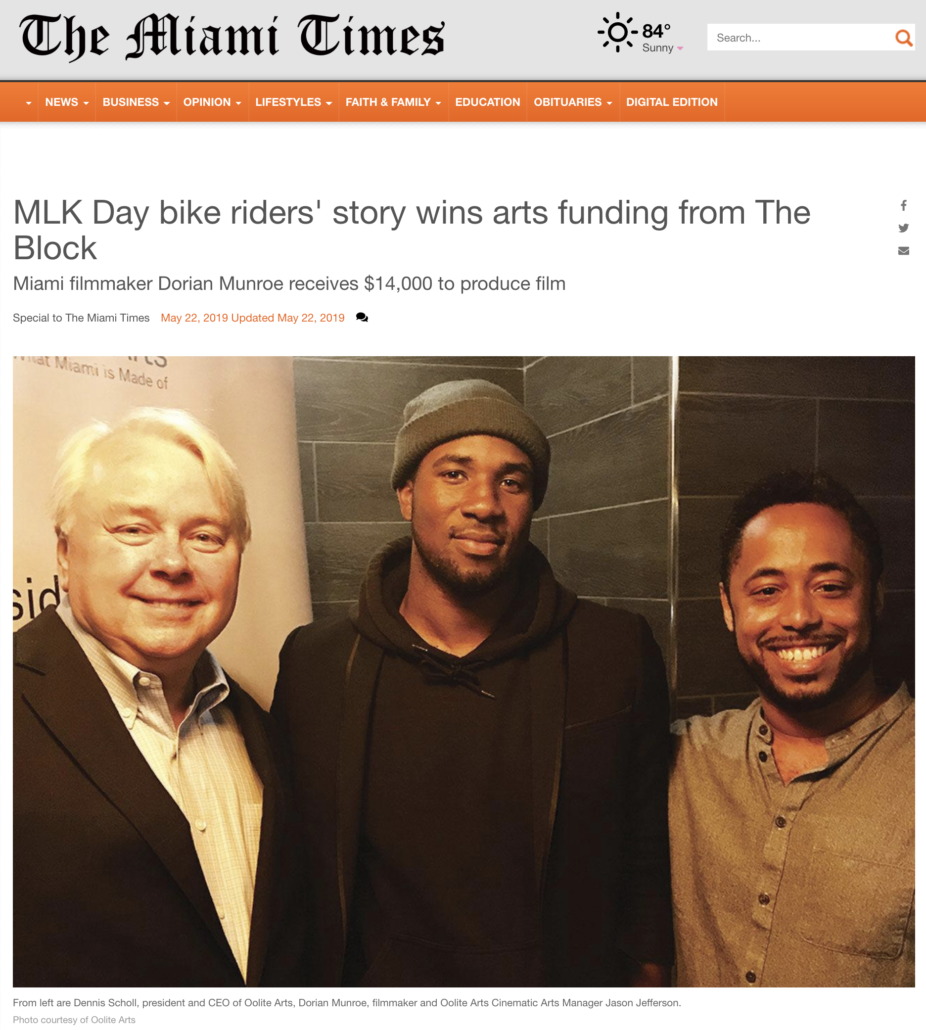 Seeking to tell the stories of the Liberty City bike riders who fill the streets on Martin Luther King Jr. Day in an act of community and protest, filmmaker Dorian Munroe took home the top prize in The Block, Oolite Arts’ new short documentary contest.

Munroe received $14,000 from Oolite Arts to produce the documentary “These Kids This City,” which he began to shoot during the 2019 Martin Luther King Jr. Day celebration. This year, some of the bike riders, who were protesting redevelopment in Liberty City, were confronted by an angry man on the Brickell Bridge, who threatened them with a gun and racial slurs, and was ultimately charged with a hate crime.

“Growing up in Miami, I was always curious about this movement. Why Liberty City, and why on Martin Luther King, Jr. Day. I’ve always seen it depicted negatively by the media, so this year I set out to see this movement first hand and to answer these questions for myself,” Munroe said. “In light of the hate crime and the viral video that captured it, this movement has been catapulted into the national spotlight.”