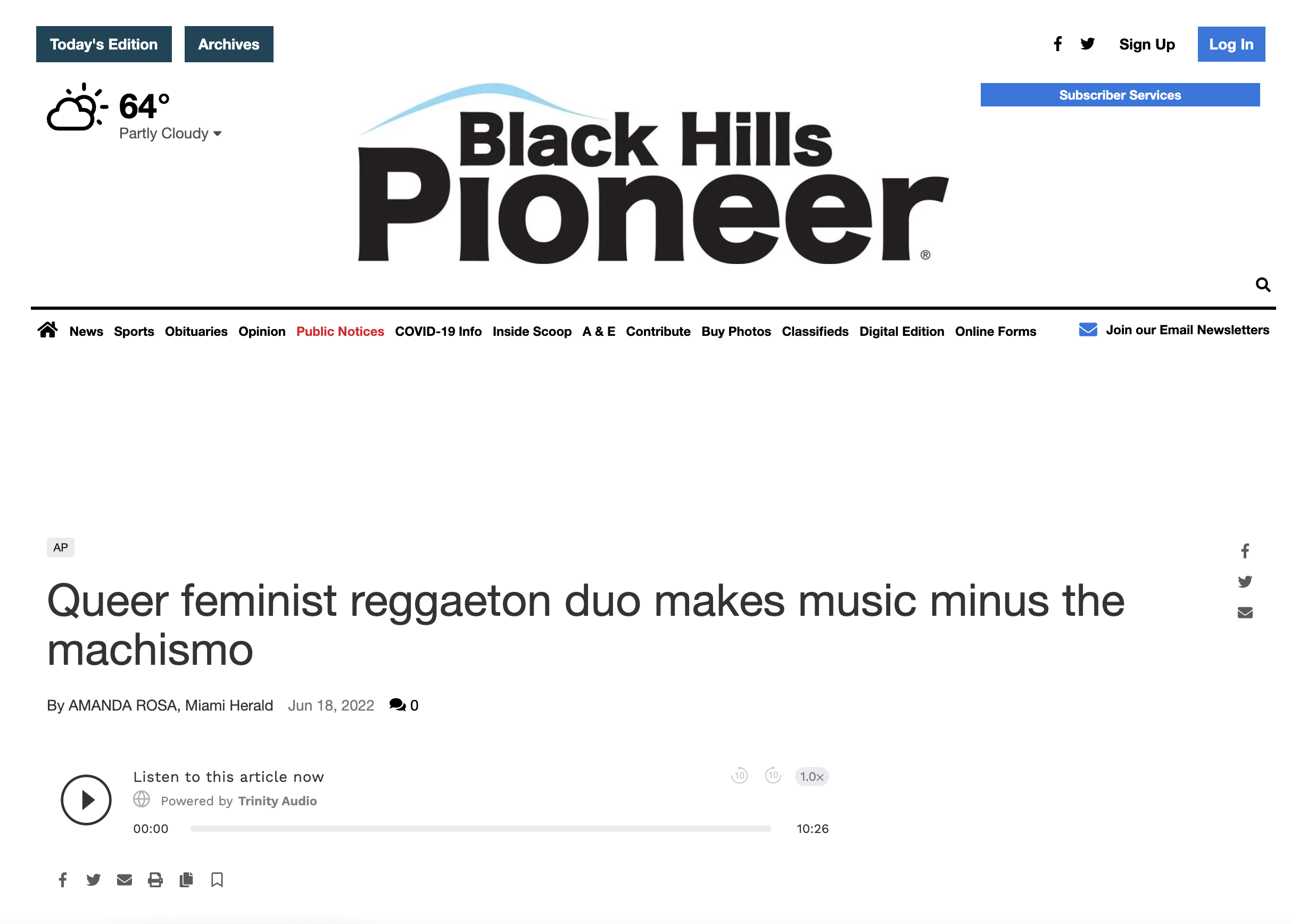 MIAMI (AP) — A hard reggaeton beat blasted through the speakers on the streets of Little Havana’s Calle Ocho as a crowd danced around two local reggaetoneras. It was a standard night of Gay8, the annual LGBTQ festival.

Then came the milk.

The reggaeton duo was performing their new song, a catchy old-school bop called “Dame Leche,” when two grown men dressed in diapers did just that. They poured jugs of milk on themselves and danced as Liz Ferrari and Maripussssy sang the suggestive chorus, “Dame dame dame leche, tengo tengo tengo hambre.”

The crowd ate it up. “I want more!” they yelled.

This is Niña, a Miami-based, queer, femme reggaeton duo with a penchant for childlike aesthetics. They perform in tutus, glitter eyebrows and butterfly hair clips.

They’re not your average reggaetoneras. They don’t want to be.

Niña is the brainchild of visual and performance artists Liz Ferrer and Bow Ty, otherwise known as Liz Ferrari Ouch and Maripussssy, respectively. In a male-dominated genre often criticized as misogynistic, Niña creates reggaeton songs from a feminine, queer point of view.

Miami stories – and the search for justice – are the focus of new...
Scroll to top