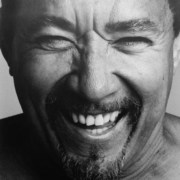 Edouard Duval-Carrié (b. 1954, Port-au-Prince) is a Haitian sculptor and painter, who was educated at McGill University and at the École nationale supérieure des beaux-arts in Paris. Inspired by Haitian traditions, Duval-Carrié creates works that speak to the complexities of the Caribbean and its diaspora. In 1995, he moved to Miami and soon after, he was awarded a South Florida Cultural Consortium Visual Art Fellowship. Since then, he worked extensively in his own practice and to promote critical and artistic initiatives within the local art community. Selected solo exhibition include “Imagined Landscapes,” Pérez Art Museum Miami (2014); “Arts in the Garden,” Miami Beach Botanical Gardens (2010); Roots & More, Afrika Museum, Berg en Dal, Holland (2009); “Edouard Duval-Carrié, The Glass Curtain Gallery,” Columbia College, Chicago (2007); “The Voodoo Pantheon,” The Bass Museum of Art, Miami Beach (2006); and “Migration of the Spirit,” FIGGE Art Museum, Davenport, Iowa (2006).