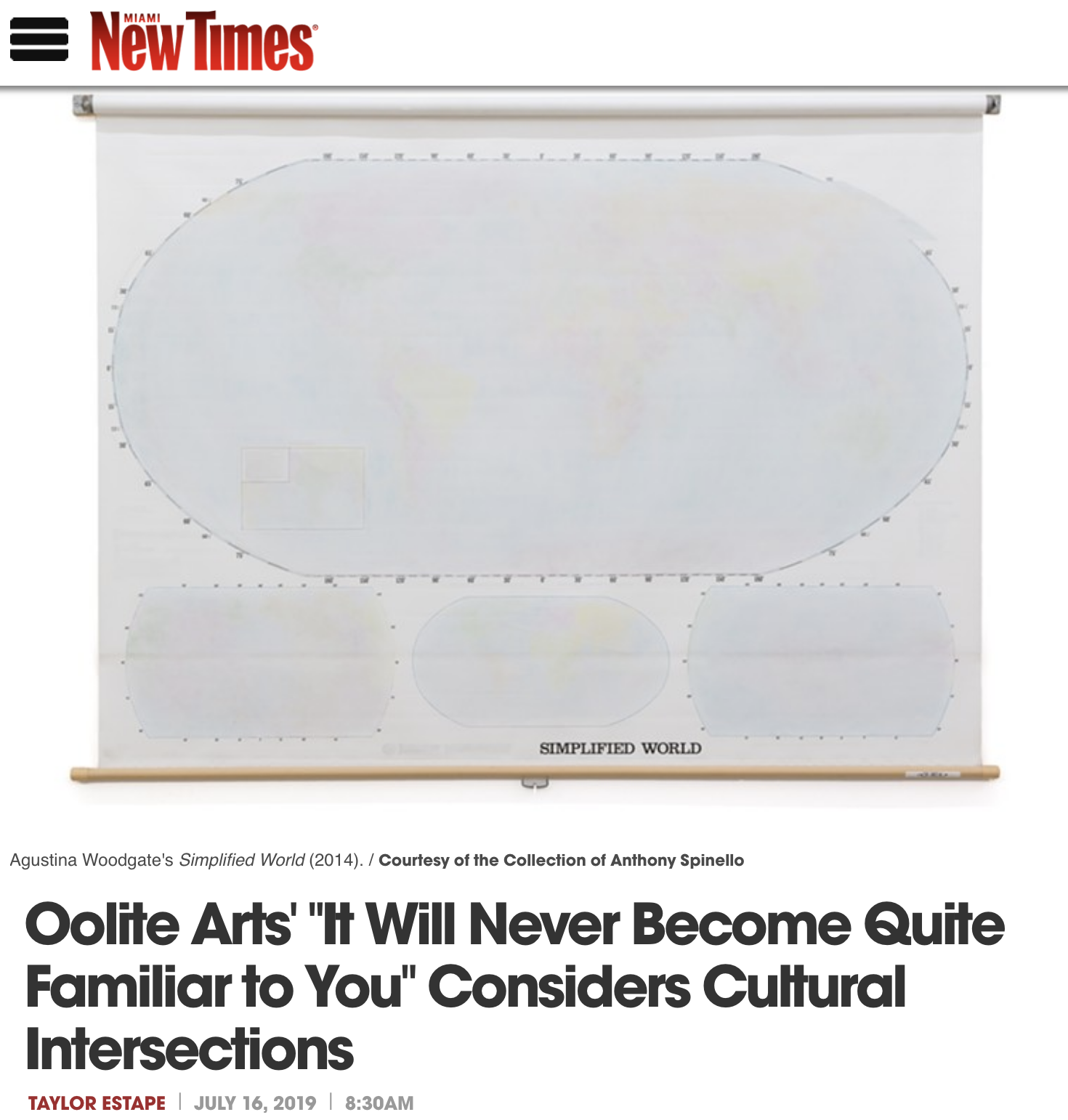 Despite displaying work from eight women of Latinx and/or Caribbean origin and descent, Oolite Arts’ next exhibition, “It Will Never Become Quite Familiar to You,” draws its title from one of America’s favorite 19th-century white dudes: Henry David Thoreau.

In his book Walden, Thoreau goes into great detail describing his modest bean-growing operation; the intimate movements of mice, birds, and squirrels; and his discoveries while walking in the countryside and reveling in his (exaggerated) isolation. As he mused during these walks, he marveled at the constant stimulation the landscape offered, even if his mind stubbornly returned to burdensome thoughts of society. “But it sometimes happens that I cannot easily shake off the village,” he writes. “The thought of some work will run in my head and I am not where my body is — I am out of my senses… What business have I in the woods if I am thinking of something outside the woods?”

For Angelica Arbelaez, curator of the exhibition, the title speaks less to Thoreau’s lust for separation and more to an experience of recurring newness. The theme of “It Will Never Become Quite Familiar to You” is exploration of both personal and ancestral lineage, which Arbelaez became interested in through her experience as a child of Colombian immigrants.

“This idea of familiarity is important for what the works in this show are trying to articulate,” Arbelaez explains. “It’s kind of a beautiful way to describe that you’re always going to continue learning. When you’re trying to map your lineage out, you are going to be constantly learning new things because you are engaging with it in different points of your life.

Read Full Article
New Oolite Arts exhibition, “It will never be quite familiar to you,” explores... Oolite Arts opens Art Basel show “On the Road II” curated by Larry Osse...
Scroll to top