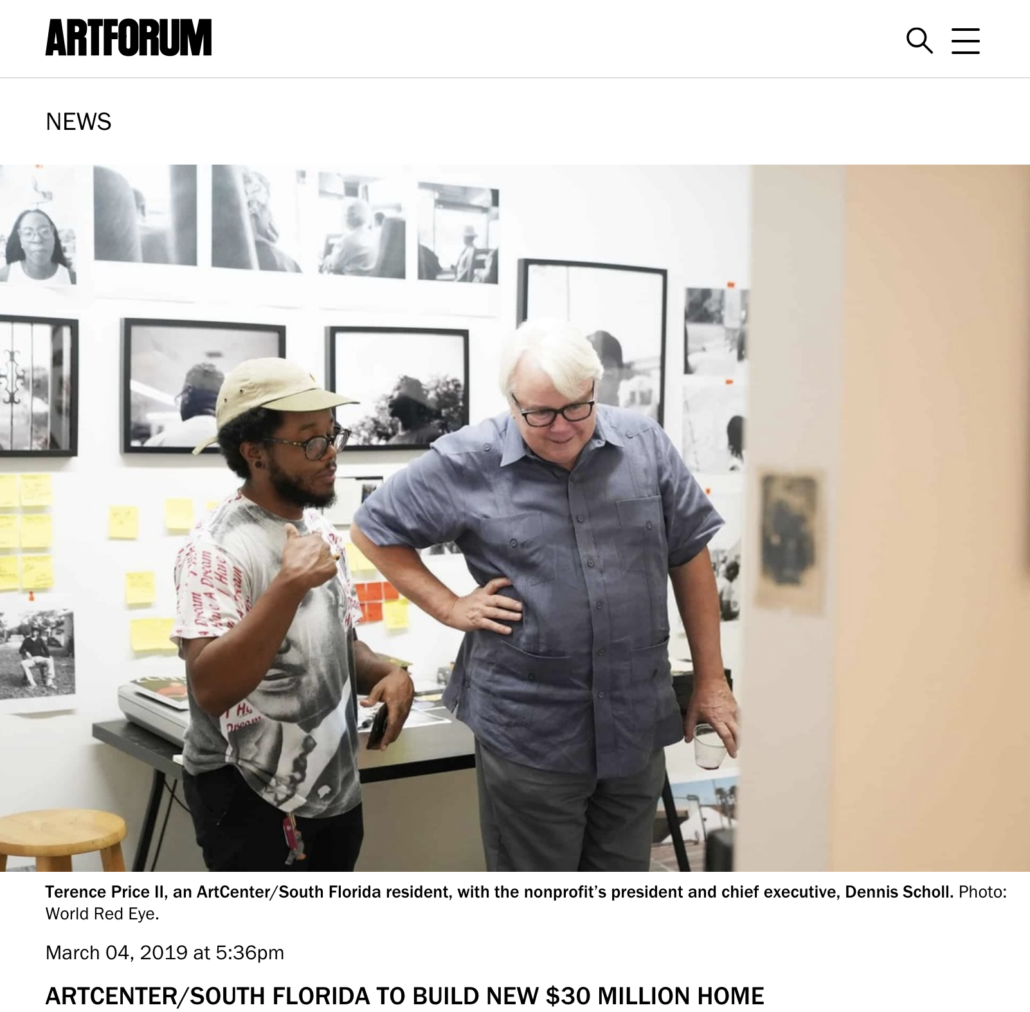 ArtCenter/South Florida, the thirty-five-year-old Miami Beach–based visual arts organization, announced today that it has purchased a one-acre property at 75 Northwest Seventy-Second Street, where it plans to build a new $30 million facility. The nonprofit also revealed that it has changed its name to Oolite Arts, after the sedimentary rock—composed of shells, coral, and other organic material—that plays a fundamental part in the local ecosystem.

Oolite Arts is conducting an international search for an architect to build the new headquarters, which will enable the organization to expand its programming, host more artists-in-residence, and provide local artists with a 2,500-square-foot exhibition space and a 120-seat theater. It will also boast of classrooms for the more than two hundred classes offered at the space annually.

Founder Ellie Schneiderman established the nonprofit thirty-five years ago to “help artists help themselves.” A pioneer on Miami Beach’s Lincoln Road, it created affordable studio spaces in the then-vacant storefronts. “In the 1980s, our founder had the vision to come to a new area and become a vital part of the neighborhood and the city,” said Oolite Arts president and CEO Dennis Scholl.

Over the years, the organization has championed hundreds of artists, including Teresita Fernández, Edouard Duval-Carrie, and William Cordova. In 2014, the organization sold its Lincoln Road building—which it bought for $684,000 in 1988—for $88 million. The profits from the sale are funding its transformation and the construction of its new home.