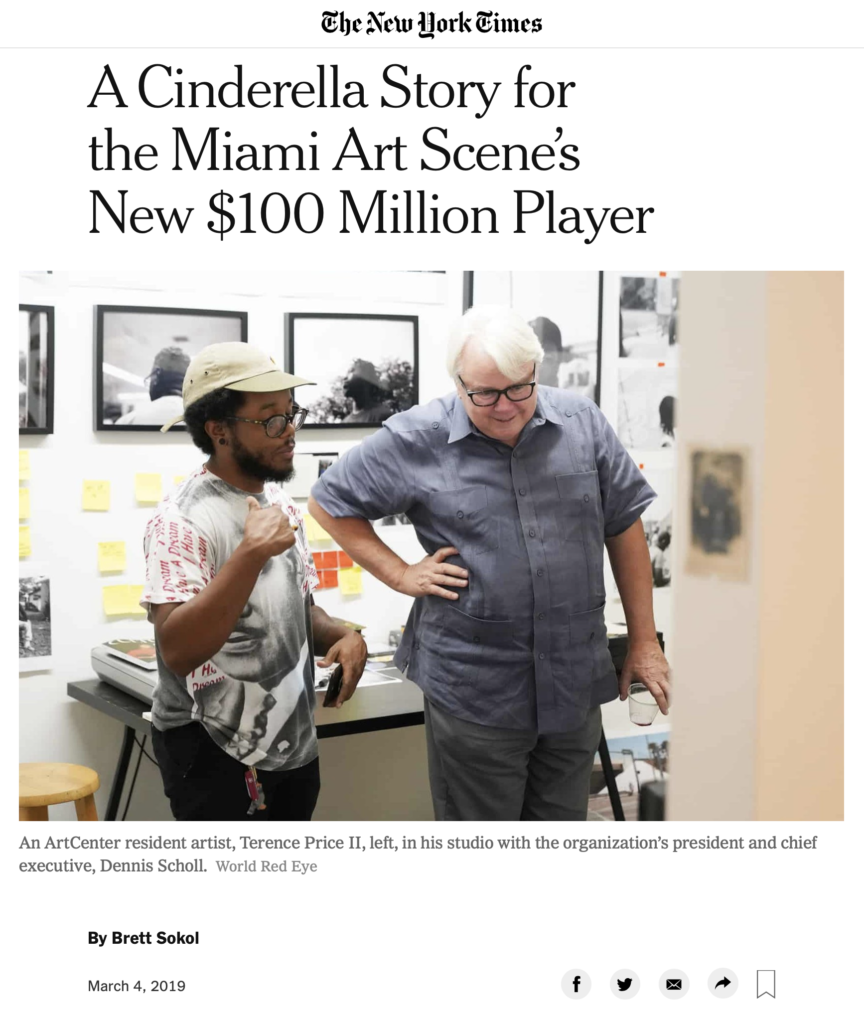 Miami’s art world has been waiting for the other cultural shoe to drop since 2014, when the nonprofit ArtCenter/South Florida sold one of its two buildings for $88 million — after buying it in 1988 for only $684,000, when the surrounding South Beach neighborhood was more sketchy than stylish. A scrappy organization founded to provide affordable studios, and largely ignored by the city’s marquee art institutions, was suddenly poised to become a major player.

The ArtCenter is finally announcing plans for its Cinderella-like windfall (one that, thanks to investments, has since swollen to $100 million, more than the endowment of any other South Florida visual arts organization, many of whom have been struggling to fund-raise even a fraction of that sum). It will be moving to the mainland Miami neighborhood of Little Haiti, where it will build a new $30 million, 40,000-square-foot art center with 22 studios for resident artists, a 2,500-square-foot exhibition space, a 120-seat theater, as well as classrooms and work spaces for an expanded array of instructional courses on mediums like painting and filmmaking.