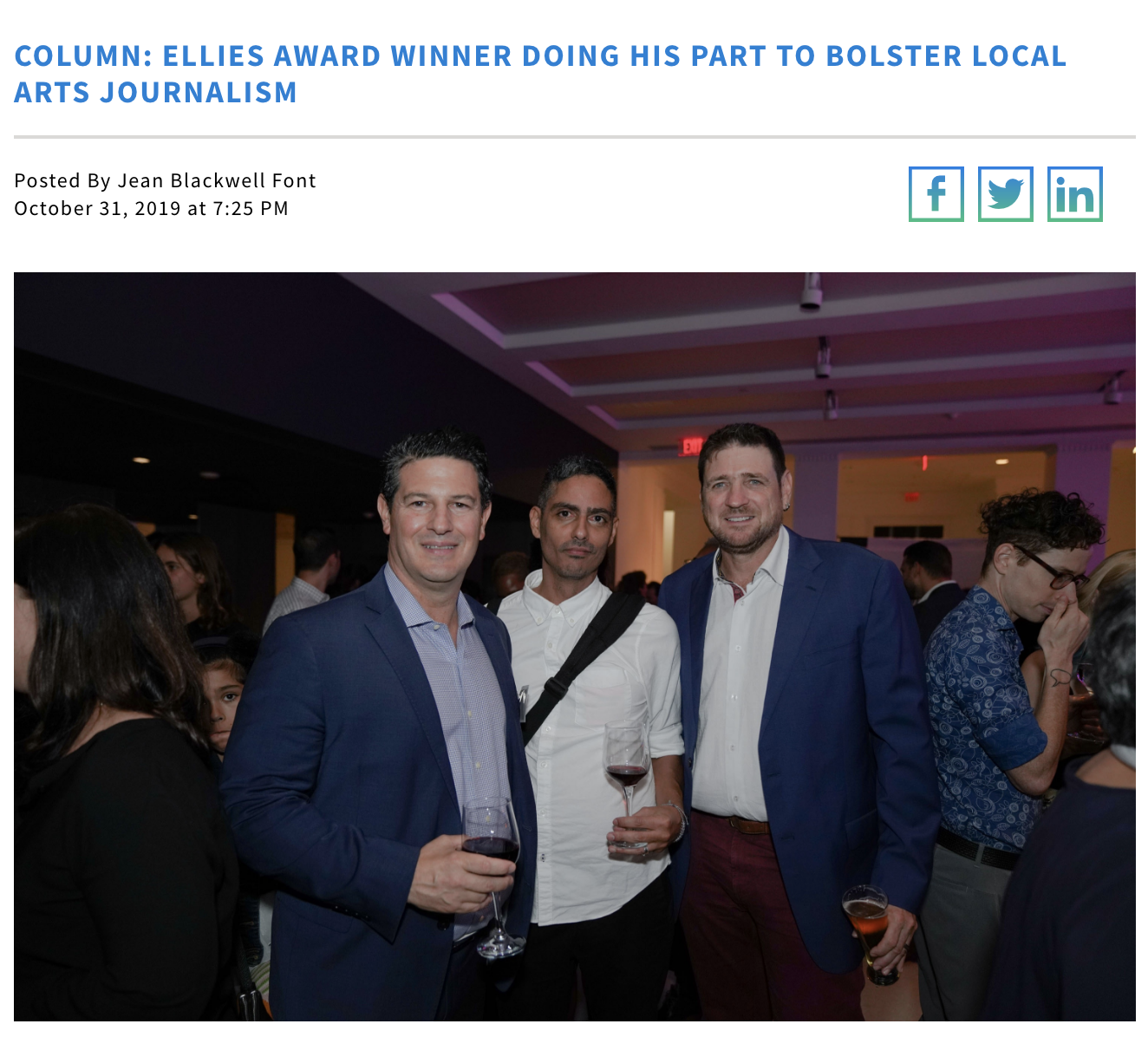 He has developed a program to bring credible and acclaimed writers and critical thinkers to our city and have them spend time with artists in their studios. Resident writers would be temporarily embedded within our communities to write their reviews, stories and essays.

For his idea, Rodriguez-Casanova was among the winners honored at the second annual Ellies Awards on Oct. 23 at The Bass Museum of Arts in Miami Beach.

The Miami arts organization Oolite Arts, formerly known as ArtCenter/South Florida, created The Ellies in 2018, in honor of founder Ellie Schneiderman. The 45 artists and educators honored were selected from more than 500 applications this year, according to Oolite Arts President and CEO Dennis Scholl, who served as emcee for the evening’s festivities.

In all, $500,000 were awarded for ideas “ranging from large-scale exhibitions to projects on sustainability, immigration and cultural criticism.”

Get happy, be blue and find yourself. It’s all happening in November
Scroll to top