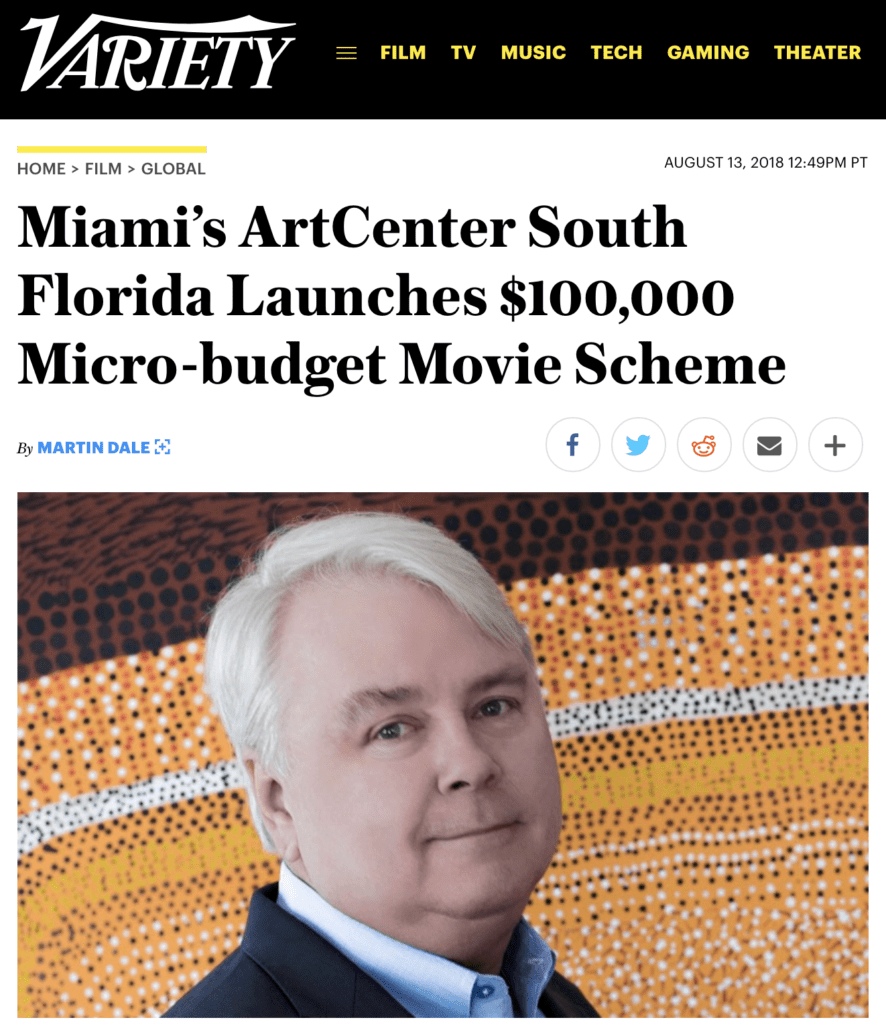 To capitalize on the surge in local filmmaking talent, Oolite Arts has launched a micro-budget Cinematic Arts residency, accepting entries until Sept. 18, that will provide up to $50,000 funding per project for two feature films by Miami-based filmmakers.

The residency will roll-off on Miami’s unique mix of talent and ethnic communities, including a large number of filmmakers with Latin American roots. It will be run by local helmer Jason Fitzroy Jeffers, co-founder of the Third Horizon Film Festival, whose Haiti-set documentary “Papa Machete,” premiered at the 2015 Sundance Film Festival and has generated over one million views on NationalGeographic.com.

Projects will be selected by a jury headed by Andrew Hevia, “Moonlight” co-producer and co-founder of the Borscht Film Festival.

Jeffers and Hevia will mentor both projects, which will have at least a one-week run in local chain, O Cinema, run by Kareem Tabsch, who stated: “the program was collectively designed by Dennis Scholl, Andrew Hevia and myself.  It’s a unique combo of filmmaker, arts organization and theatrical exhibitor coming together to design a program to strengthen the local filmmaking community.”

“Festivals, independent cinemas and filmmaking are expanding in Miami while the rest of the U.S. says that cinema is in crisis. It’s all about creating a local eco-system. These new films will give filmmakers direct community-based feedback.”