It could be said that Miami is addicted to living for today. The city is one of the most climate-vulnerable places on the face of the earth and already experiences severe flooding during heavy rain, yet it was also the epicenter of the recent craze for cryptocurrency, a new form of finance based on technology that burns energy at the rate of small countries.
One can feel quite hopeless in today’s Miami, and Miami artist Cara Despain has found a way to communicate this dreadful trepidation towards the calamities that capital has inflicted upon our planet with extraordinary power in “Specter,” her new presentation at the Bass Museum in Miami Beach. The new work draws upon the legacy of nuclear weapons testing near her birthplace in Utah.

Upon entering the gallery space, our eyes are drawn to cabinets full of salvaged Depression-era glassware, uranium-tinted and backlit with ultraviolet light to emit an irradiated green glow. They line the Art Deco archway (“under the rainbow”) that leads into a theater, and to the side, another display (“and the desert shall blossom as the rose”) is backed by a mirror, so the glassware appears to multiply into infinity, symbolizing the near-eternal half-lives of radioactive materials.

The U.S. Military still holds the largest nuclear arsenal on Earth. Despain brilliantly captures the way Americans have been conditioned to put this at the back of their minds. “Specter” is divided into two rooms, a structure that splits the difference between a movie theater and a macabre church, commenting both on the cinema as a place of reverence and on Hollywood’s exalted position in American culture, as well as their complicity in broadcasting propaganda. At the front of the antechamber, “house of cards” takes the form of an abandoned drive-in, tumbleweeds behind it adding to a sense of desolation. On the screen loops a series of end cards for government educational films, many showing nuclear explosions. If this really is a movie theater, the only coming attraction is “The End.” On the wall opposite, a relief map (“Iodine-131”) shows the locations of nuclear bomb craters at the Department of Defense’s Nevada Test Site, the fallout from which caused people living downwind in Utah, Nevada, and Arizona to develop cancers. 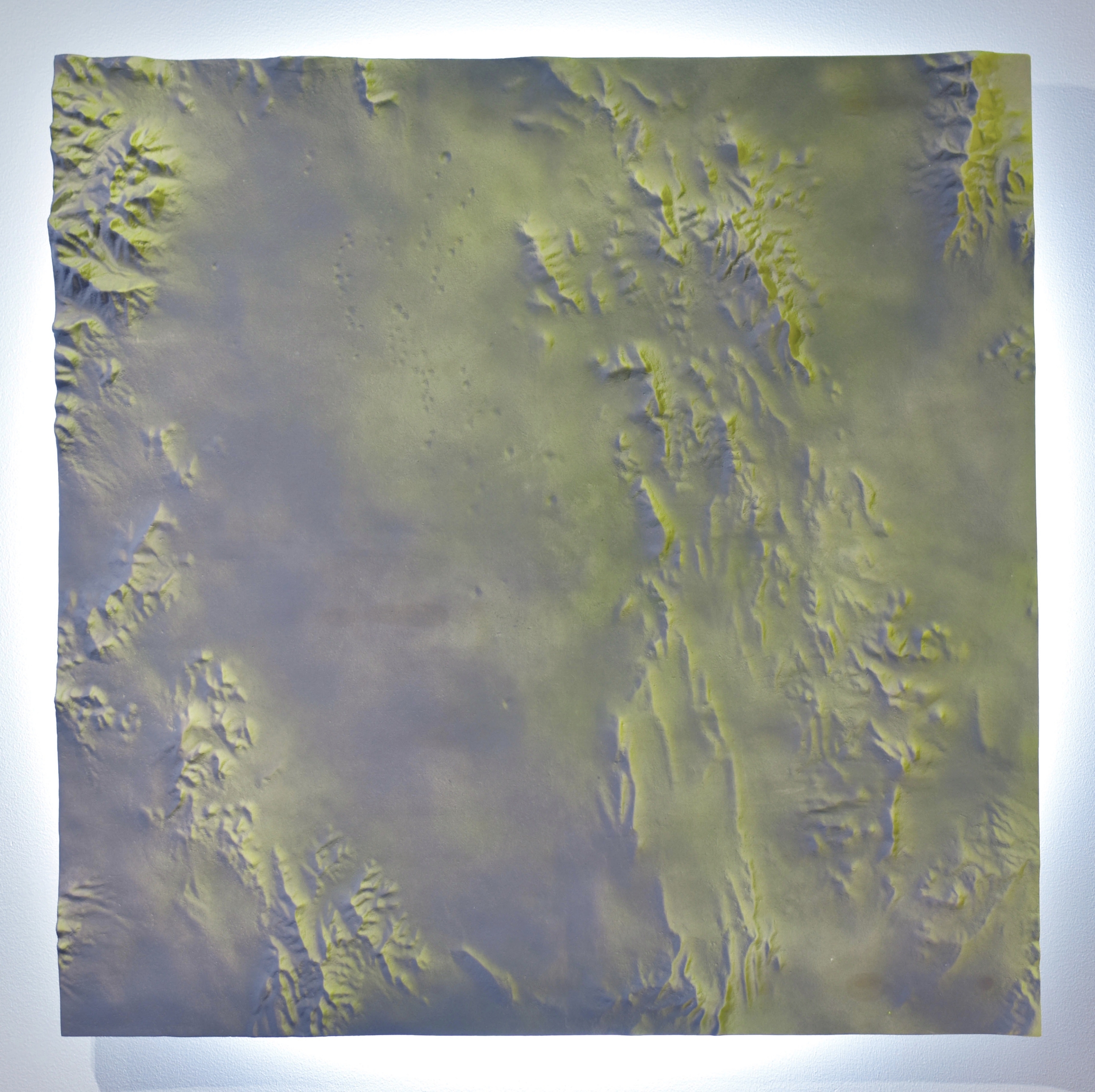 Finally we come to the feature presentation, “test of faith,” an engrossing, darkly beautiful video work. Despain shows us a series of mushroom clouds, footage taken from nuclear test footage. The film is projected simultaneously onto three walls; we cannot look away from it. As the clouds explode and fade away, we hear a choir singing a church hymn, softly at first with only a solo voice, crescendoing into a stirring manifestation of holy energy, and finally fading away, mirroring the way the explosions expand and fade before our eyes. Accompanying the choir, which has been digitally altered, are eerie synth chords, giving the music a sci-fi quality reminiscent of Isao Tomita or Oneohtrix Point Never.

Again and again we admire these billowing clouds of toxic dust, tinted into sickly blues and yellows and greens. Upon closer examination, Despain has actually applied a mirror effect to each explosion so that they appear perfectly symmetrical, adding an ominous surreality. Like Rorschach inkblots we begin to see patterns: They resemble insect heads at first, transforming next into animal skulls as the chorus swells in sublime ecstasy, and finally, they turn human. We sit in reverence of this deathly evolution, as if the clouds are ancient pagan idols of Baal and Moloch – or perhaps even Shiva, the shapeshifting god of destruction Oppenheimer so famously invoked at Trinity?

Despain is not the only artist to explore the implications of America’s nuclear arsenal. Recent pop culture is full of post-apocalyptic imagery, from Cormac McCarthy’s The Road to the cartoon Adventure Time. David Lynch’s revived Twin Peaks depicted the Trinity test unleashing an otherworldly force of evil upon America, the source of all the horror, violence, and despair suffered by the show’s characters. It seems as though there is a consensus among the creative class that, whether by radiation or greenhouse gases, our planet has been irreparably damaged by those with power and wealth. In fact, the U.S. Department of Defense has reported the military as one of the single largest carbon polluters on Earth. As Miami prepares – or fails to prepare – for the coming crisis, its artists will do the same. Meanwhile, the artist’s peers in Miami continue to respond to both the climate crisis and the forces of capital driving it. In a 2019 survey at Pérez Art Museum Miami, locally-raised artist Teresita Fernández addressed the ways in which resource extraction and political repression in the Americas are inextricably linked. A recent group of shows at alternative art space Locust Projects, opened on Earth Day, also fixated on climate issues, with immersive presentations featuring post-human landscapes of all-consuming oceans and barren Martian landscapes. Yet ironically, the gallery accepts donations in the form of crypto and sells NFTs. 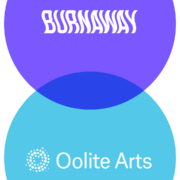 This piece was published in partnership with Burnaway as part of a project to increase critical arts coverage in Miami-Dade County.

From Prelude to Ground: Zero