From Prelude to Ground: Zero

Some studies say a drop in barometric pressure can incite early labor in pregnant women, but others say it’s the stress of living through a natural disaster that causes the correlation. At eight months, and already consumed by the frantic energy of Miami in the prelude to Hurricane Irma, I thought that could be me.

My doctor’s emergency hotline instructed me to go to a hospital and seek shelter there if I was truly concerned about going into labor. But, I was also warned it was intended for women who are closer to their due date, and could induce more stress than just riding it out at home.

The storm raged through Miami, turning lush fauna into barren oases. Gusts of wind churned down my street. A twiggy Southern live oak tree that the city had planted a month before wailed back and forth but never toppled. By day break, when the flooded street was the only visible damage remaining, I was relieved to still be pregnant. Electricity came back after days of complaining to Florida Power and Light, the water drained from the streets, the Southern live oak continued to grow, and I gave birth to my daughter a month later. But, how long do we have until a storm renders us incapable of “going back to normal”? All it takes is one.

This was the question at the root of Prelude to 2100, an immersive and interactive theater experience that transformed Deering Estate into a speculative hostel for climate refugees in February. For three nights, artists across South Florida and across disciplines created a makeshift commune set in 2050.

Upon entering Deering Estate’s illuminated nightscape, guests were greeted with a survey of from the Department of Reflection. They asked “How do you feel about climate change?” If you didn’t answer “alarmed” at the start of the night, you certainly would by night’s end.

At first, the production seemed like a dystopian theme park for climate change. The Bubble Pops, a popsicle cart created by Laurencia Strauss, exchanged ice cream engraved with Miami’s melting skyline for tips on adaptation, a vegan food cart sat next to a digital currency exchange booth, actors were dressed in coordinating apocalyptic sustainable garb, and a one-on-one tarot reading experience could be facilitated to commune with the spirits lingering in Deering Estate’s historic commune. It was climate futurism a la Miami.

Actors took on the roles of characters from Texas, Venezuela, and other areas devastated by natural disasters. Miami, ironically, was their safe haven. The experience was structured around a walking tour of the compound, as actors interjected monologuing the chaos that climate change had wrought on their lives, homes, and psyches. 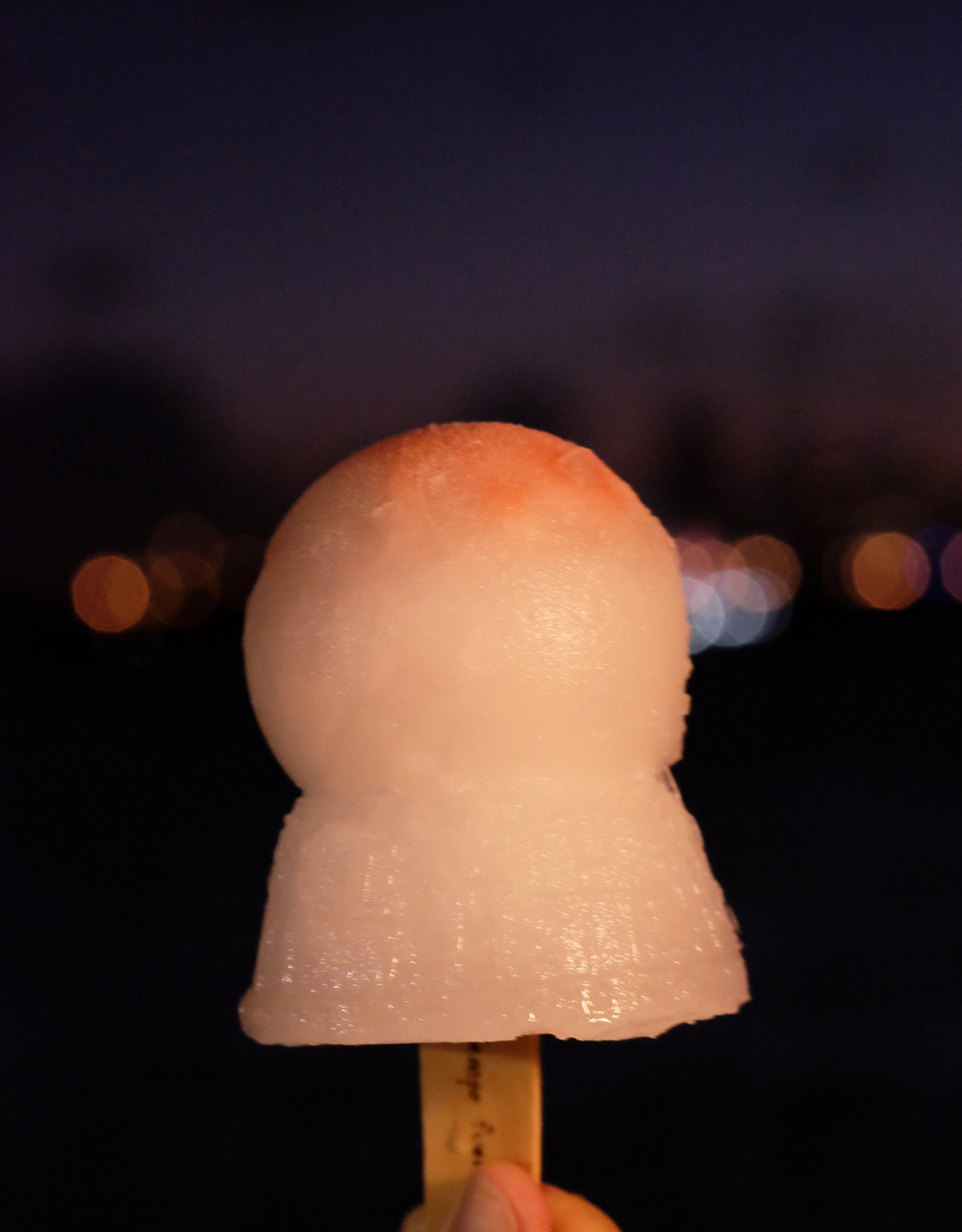 The Bubble Pops by Laurencia Strauss. Courtesy of the Artist.

I had initially wanted to take my now four-year-old daughter with me. I thought exposing her to climate change in this way would be valuable for her; but by the end of the three-hour experience, when an actor had finished a monologue by the Bay, lambasting humans for betraying nature and causing the fall of their own kind, I thought, perhaps it was good that I didn’t.

Confronting climate change from a city that many refer to as the “ground zero” is a master class in cognitive dissonance. The impacts of climate change continue to happen faster than we can emotionally handle; meanwhile techies and entrepreneurs are arriving in Miami everyday, rents are skyrocketing, yet our fate is perilous. Do the transplants have information of a future different from what scientists have predicted? Three hours at Prelude could have helped to shatter that bubble for them. But, Prelude was warning an audience already on high alert and as a result, desensitized to the usual didactic messaging, long dissociated and emotionally burned out by the consequences. How do you mobilize when adaptation is no longer an option?

On the eastern end of town, another art show grappled with the realities of today. Visual work by local artists lined the narrow Allappattah space of Edge Zones Gallery for Ground: Zero. Two panels of Christina Pettersson’s Cutler Fossil Site greeted guests upon entering. The large charcoal and ink on wood paneling depicts a sinkhole on the land of what is now the Deering Estate. According to Pettersson, the thirteen feet deep and twenty-three feet wide sinkhole has been a den for dire wolves, a watering hole, a shelter, and a burial place over the millennia. It was discovered in 1979 filled with thousands of bones of Pleistocene animals, human bones and artifacts of Paleo-Indians and people of the Archaic period. Pettersson’s rendering of the historic site situates the viewer inside the hole, at the root of this ancient formation, and acts as a portal to our city’s past.

Jason Aponte’s Wading Through, an impressionistic oil painting depicting the conflicted duality of forced migrations sits in the middle of the exhibit. Aponte borrows from his own experience evacuating after Hurricane Andrew in 1992 and paints a group of climate refugees traveling through flooded waters in the aftermath of Hurricane Harvey while reflections of a lesiurely garden party obscure the image. “Resilience is a matter of means,” Aponte writes. As Miami battles its own climate gentrification in Little Haiti, one of the neighborhoods with the highest elevation, time will tell who will get to stay and who will have to find their way to Prelude’s makeshift commune.

At the end of the exhibit is Peter Hosfeld’s foreboding Wetlands. Hosfeld, who also curated the show, envisions a towering neo-romantic Everglades landscape conjured into a goddess-like form. The towering spirit is majestic but displeased, disapproving of humans’ fraught relationship with the environment it was gifted. Nature will undoubtedly prevail over humanity’s brief tenure on Earth.

Prelude and Ground: Zero posit that the end is not some distant future but the present moment which we are already living. These works are no longer warnings but a form of preempted mourning. If the five stages of grief are denial, anger, bargaining, depression, and acceptance, these works help process that inevitable loss.

As Prelude closed, a voice-over narration of Miccosukee elder, Betty Osceola, spoke about the care we are supposed to return to the Earth for all to exist in harmony. Guests were then invited to write a Miami memory on a sheet of paper and place it inside a time capsule that would be buried and, in an act of unexpected optimism, be read by future generations. I wrote about afternoons spent with my daughter watching the nearly extinct atala larvae feed on native coontie in our garden and then emerge as butterflies–an act of resilience in the face of threatening forces. If the atalas persevered, then maybe Miami could, too.

Prelude to 2100 was on view at the Deering Estate in Miami from February 3 through February 6, 2022. 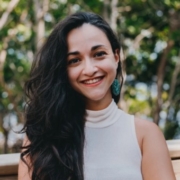 Alexandra Martinez is an arts and culture writer based in Miami, FL. Her work has appeared in CNN, Vice, and Catapult Magazine, among others. Outside of the arts, she reports on immigration, the economy, and gender justice as the Senior News Reporter for Prism. Find her at alexandra-martinez.net