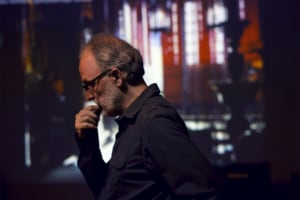 Gustavo Matamoros is a Miami based sound artist whose career spans over 30 years.

In 2009, ArtCenter commissioned him to create a public sound art installation he called Listening Gallery designed for the facade of it’s 800 building on Lincoln Road that ran nonstop from 2011 to 2015.

His most recent research and development project at his ArtCenter Studio is Audiotheque 2.0 — a 2017 Knight Arts Challenge multichannel sound art installation and arguably the most important public Access project for the advancement of sound art in South Florida.