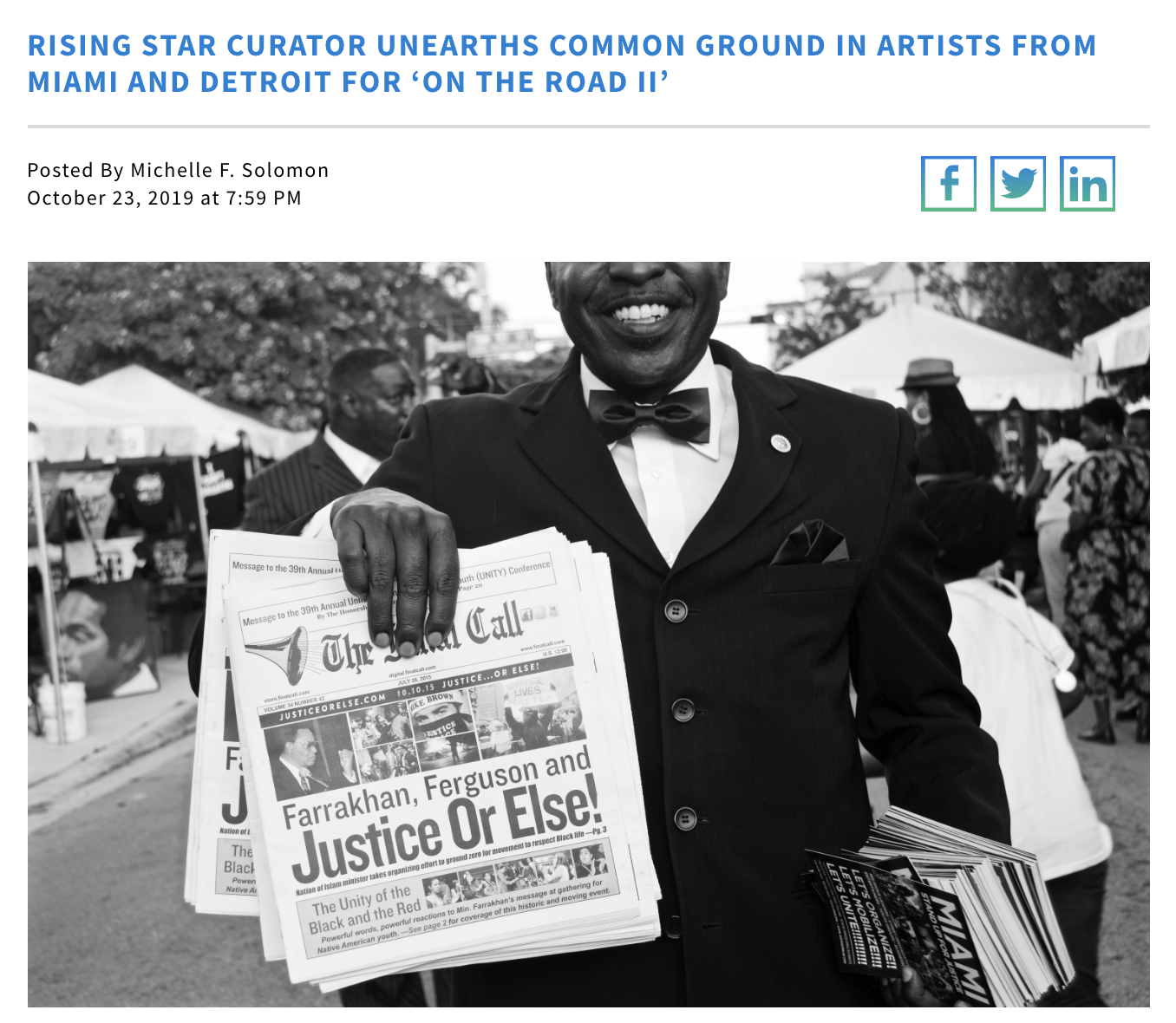 Larry Ossei-Mensah finds his nomadic nature is the perfect conduit for his “On the Road” series. For his second installment of “On the Road,” currently on exhibit at Oolite Arts on Lincoln Road in Miami Beach, he’s selected artists from Detroit and Miami. While the notion of Detroit, Michigan, and Miami, Florida, being on a similar artistic plane may seem baffling – they are not only far apart in distance, have very different climates and seem vastly different in many ways, Ossei-Mensah has found their common ground.

“These are two places that are both in the process of ‘becoming’ in art and culture. In both cities, there are artists as catalysts who are defining the next chapter,” Ossei-Mensah says.

He’s studied the cities, spent time in them, and admits to deep-dive thinking into where they are finding their sense of place in the contemporary conversation of art. In September of 2019, Ossei-Mensah was chosen as the Susanne Feld Hilberry senior curator at the Museum of Contemporary Art (Mocad) in Detroit and is a curatorial advisor at Miami Beach’s Oolite Arts, formerly ArtCenter/South Florida. His first installment of “On The Road,” which he debuted in 2018 in New York City, focused on three visual artists based in the Midwest. For “On The Road II” at Oolite Arts through Dec. 15, he chose eleven artists, Farley Aguilar (Miami), William Marcellus Armstrong (Detroit), Amna Asghar (Detroit), Tiff Massey (Detroit), Gisela McDaniel (Detroit), Osman Khan (Detroit), Gean Moreno (Miami), Ernesto Oroza (Miami), Pat Phillips (Miami), Johanne Rahaman (Miami) and Monica Sorelle (Miami).