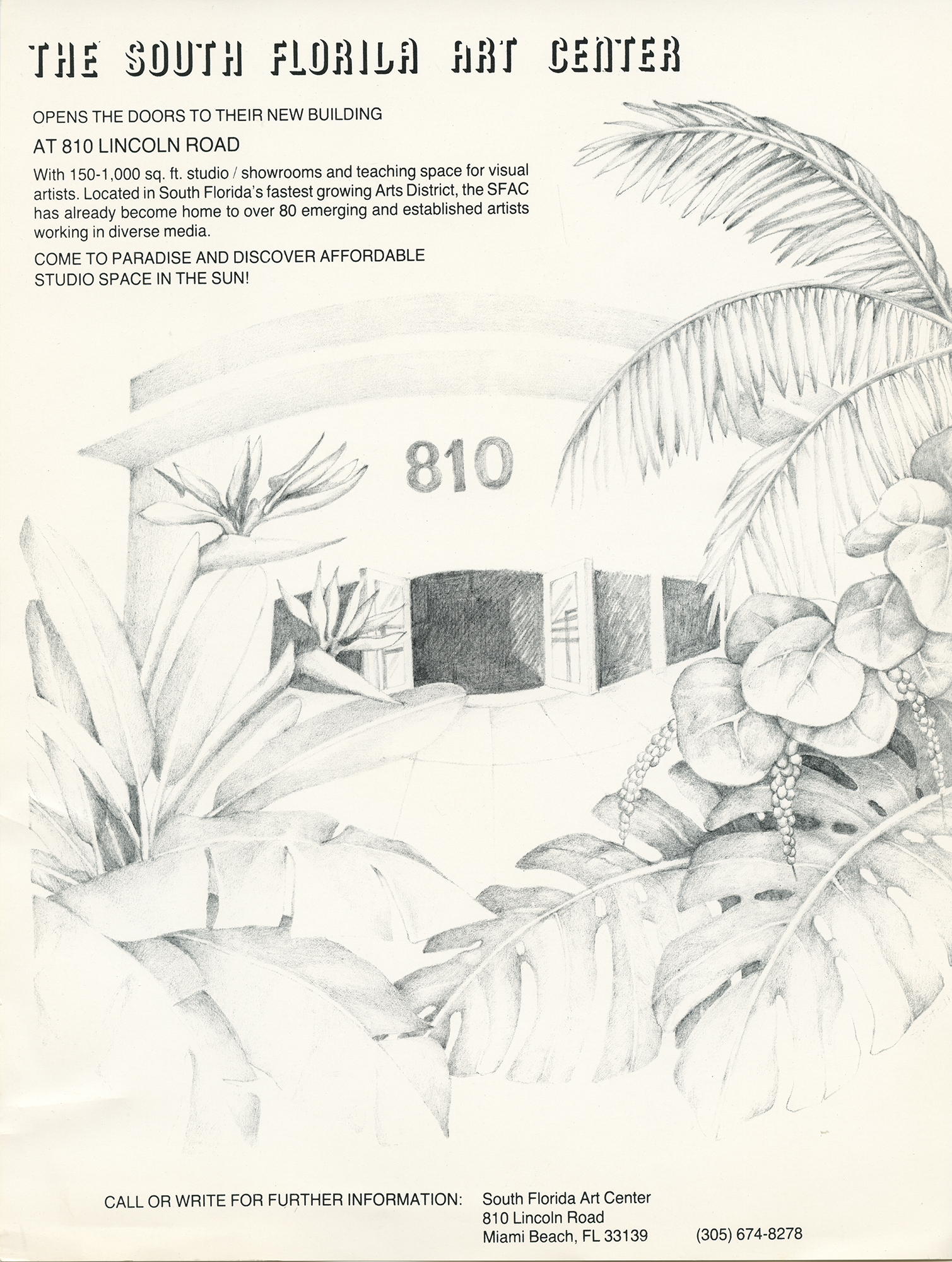 In February 1986, ACSF received official designation for the 800, 900 and 1000 blocks of Lincoln Road as an Arts District, by the Miami Beach City Commission. Slowly, the Arts District started to bring in more businesses to the area like The Colony Theater, rehearsal headquarters for the Miami City Ballet and the Miami Beach Ballet School.

“We feel very proud that the South Florida Art Center and the Arts District has become the new artistic centerpiece of our community, committed not just to the revitalization of a famous landmark, Lincoln Road, but also to nationwide recognition of the fact that South Florida is a magnificent place for gifted artists to live and work,”

ACSF founder Ellie Schneiderman shared. ACSF set a goal of finding a permanent home in the Lincoln Road area in the upcoming year.

In 1987, Art Center South Florida (ACSF) celebrated their second year anniversary of being open to the public. During that previous year, ACSF helped make Lincoln Road more inviting by improving the buildings they were using, including freshly painted awnings, logos and signage. ACSF also acquired a few buildings through matching funds awarded by the County and the city of Miami Beach.

Northlight, SoBe IT and The Carefully Chosen, were three galleries that opened through ACSF. A total of 22 storefronts were leased, with a waitlist of almost 40 artists for spaces. New artists applied and inquired about the facilities every day.

More of The Chronicle